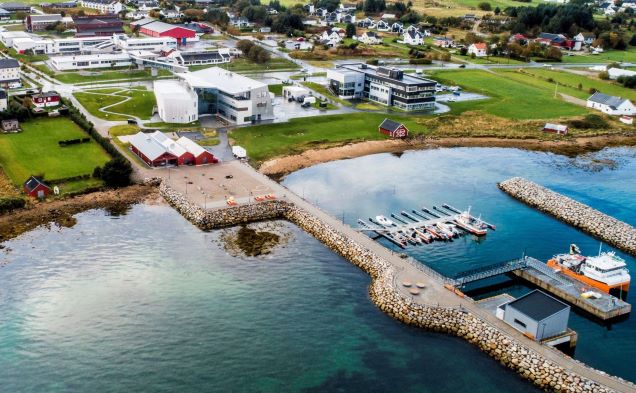 since 2010
200 – 250 persons from the Mid-Norway region have participated in the VET courses related to company staff in the fish farming industry and are now skilled workers in the field of fish farming / aquaculture.
The courses are organized by the school’s own training centre, Guri Kunna Recourse Centre.

Location
The school is located in the middle of the most productive area for Atlantic salmon farming in the world, at the coast of Mid-Norway.

Fish farming vocational education overview (Track 1):
The students will follow 2 years of theoretical studies, with several weeks of workplace based training integrated into it.

At the end, they must pass a theoretical exam. The exam usually consists of a problem case, where the students for instance must make a plan for how to set out smolt and feed it for ca 15 months.

Theoretical studies are followed by 2 years in the apprenticeship system, consisting of practice in a company. The students get a increasing salary during the apprenticeship. At the end of these 2 years they must pass a practical exam (the exam last for 2 days).

After passing the exams, the students receive their NQ Certificate, documenting that they have skills and competence to work in:

Overview of VET for workers in the fish farming industry (Track 2):
These courses are organized by the school’s own training center, Guri Kunna Recourse Center.

These courses leads to qualification as a skilled fish farm worker after passing a theoretical exam, presented documentation of five years full time relevant practice work in the fish farming industry and in the end, passing a practical exam.

Boat for training
The school has its own boats for use in training which can be rigged for training in both program areas, fishing and aquaculture:

Aquaculture licence
The school has an educational license for production of salmon. That means: they rent it out to a aquaculture company, for the moment; Måsøval. They run the farm on commercial basis, but in such a way that the students may come and get practice whenever they want.  This farm is just a few minutes away from the school. Thus, any training activity may either start at the cage or it may start in the classroom. It us up to the teachers and students to decide.

Collaboration with the region’s fish farming industry
The school has undertaken a regional role of facilitating contact between the academic community and the service and industrial sectors in the region. The school has approximately 90 employees and close ties with industry and several providers of higher education in Norway.

Several of the biggest aquaculture companies in the world are based with large units in the region around Guri Kunna VET School: 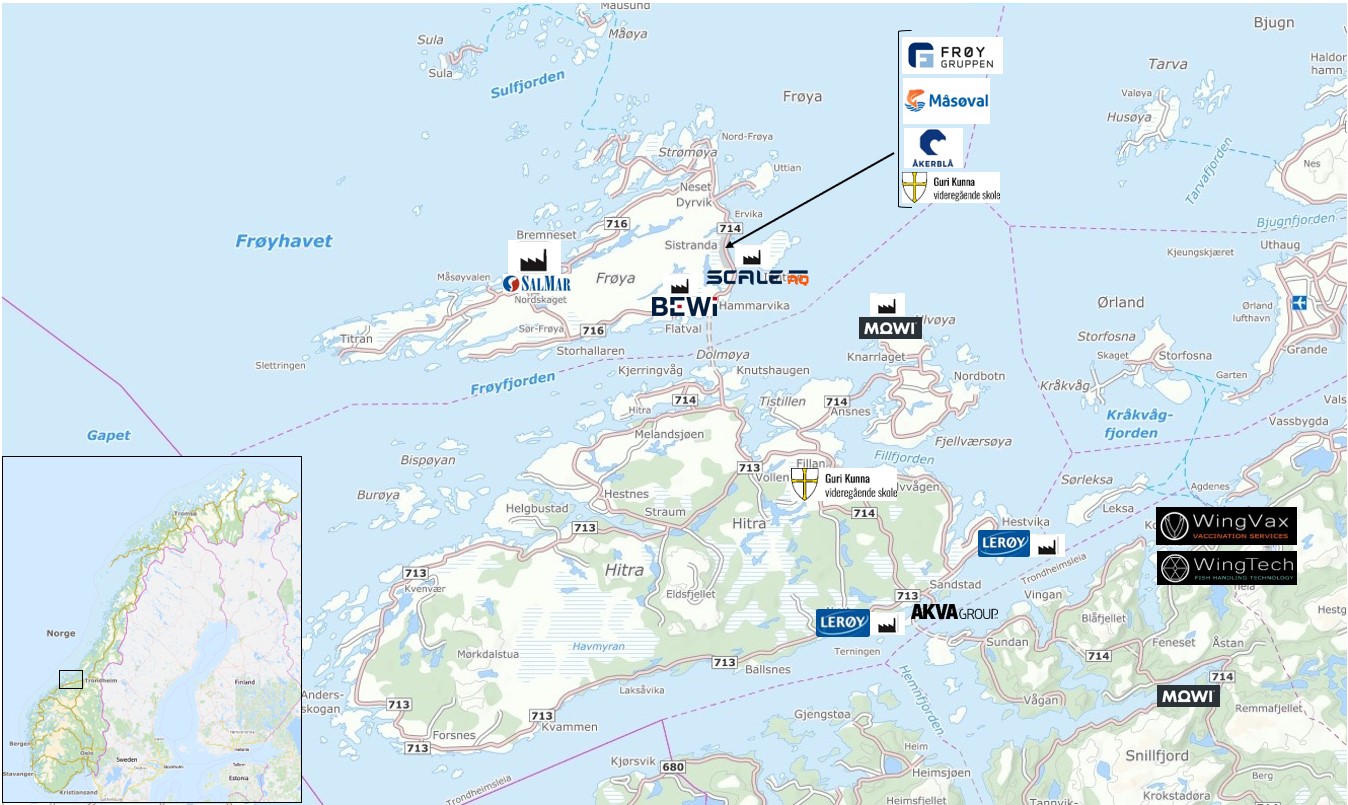 Several world leading actors in the aquaculture supplier industry is based in the region: